Over the last several years, biopharmaceutical processing technologies have seen a steady evolution from traditional rigid stainless-steel equipment to flexible single-use systems. The latter have created the ability to run processes more efficiently, cost effectively, and with much greater agility.

The transition from fixed/rigid to flexible/agile did not stop with processing equipment as is evident in the trend towards the implementation of integrated, flexible facility design platforms. Traditional manufacturing plants were large, oftentimes convoluted systems that required lengthy time-to-run campaigns to achieve cost-effective operation. It should be noted that when combined with six sigma lean manufacturing principles, this paradigm yielded reasonable cost savings but often resulted in significant oversupply and consequent financial loss when the product approached the expiry necessitating the destruction of the dated inventory. It should also be noted that the major financial burden associated with a fixed capacity paradigm is attributed to the capital investment into single product brick-and-mortar plants that were difficult to divest or repurpose if the drug failed to achieve late-stage clinical endpoints or volume projections proved to be overly optimistic. The paradox of investment versus financial risk mitigation was an acute pain point for the Pharmaceutical industry. Additionally, as industry product portfolios steadily transitioned from large volume, multi-patient to low volume individual patient treatments, production design flexibility including the use of plug and produce options, were became critical elements of modern-day facility design.

Today, facility platforms are being introduced into the industry that can be scaled, rapidly and easily deployed, and if necessary, redeployable. Prefabricated cleanroom units now replace early generation flexible modular structures, which did not offer enough flexibility to achieve the business objectives of many companies. Today’s units, that are built off-site in a matter of months, can be transported and assembled into shell buildings which are erected in parallel with the fabrication of the cleanroom units or the repurposing of an existing warehouse space. Such structures enable flexibility, scalability, and the inherent adaptability to be repurposed. These prefabricated platforms also allow sustainable design components to allow integration of equipment and new technologies to be drop shipped to the location needed within a cleanroom infrastructure. 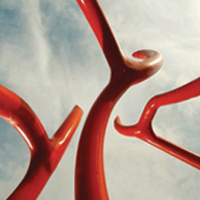 Outsourcing should enhance efficiency. So why does this Tufts study say differently?